MAP OF THE COMMUNITY ‘THE PLACE OF MEMORIES’ OF ECOMUSEUM MARTESANA

The idea of ​a parish map was born in England in 1987 from Sue Clifford, Angela King, Roger Dreakin who founded the non-profit organization Common Ground with the aim of enhancing the ‘local specificities’ of a cultural heritage and landscape through community involvement. The parish map is a paper and digital map that is functional to represent and narrate territories by the community. It’s not a photo of the territory, but the process that people are looking for own territory. The goal is the create an archive of the local cultural heritage and landscape and starting a policy of management of territory by the local community.

We realized a a parish map (to be expanded), starting from listening to the people of the Management Committee of the Ecomuseum Martesana, in partnership with Ecomuseum Martesana, Habitat_Scenari Possibili, R.A.M.I (Multidisciplinary Artistic Residence Ilinxarium), Percorsi di Comunicazione Off.ed, Region Lombardy. The map collects, through words and images, the places of the Martesana Canal that the people involved remember most fondly. A brief, but intense, ‘journey in the soul’ of the Martesana Canal (Lombardy). 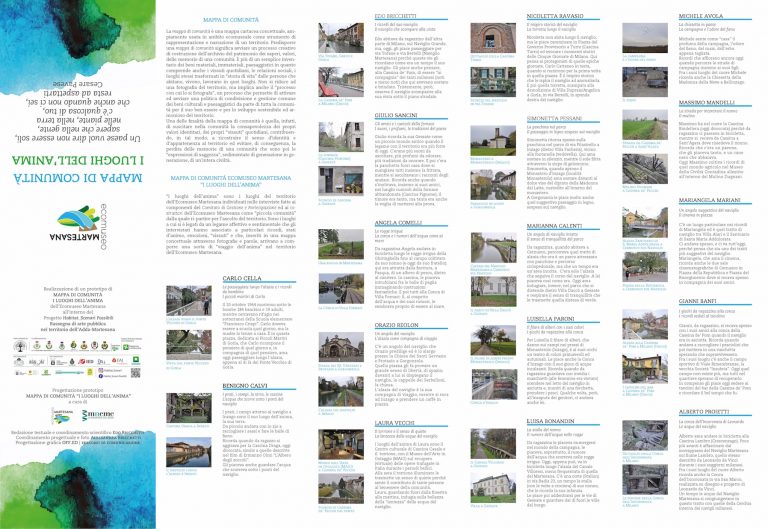 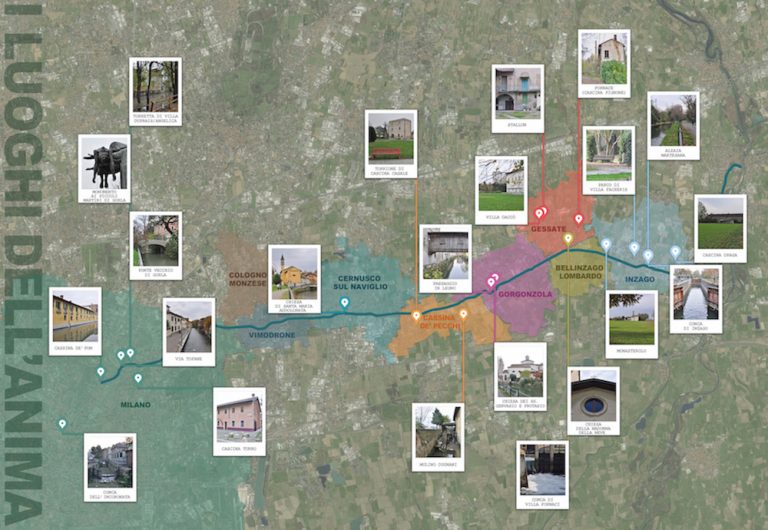