We team up with other trusted organizations and professional people according to the different projects. 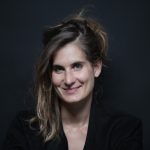 I specialized in Art History and Criticism at University of Milan because I can’t stand without the “beauty”. I have worked in the educational and cultural field. Since 2017 I have been passionate about non-profit and now I work with local organizations in Lombardy in planning, management and coordination of social-cultural projects with different roles, according to the needs of the organizations. I grew up among the walls of my home crammed with books and slides, reading one book after another and exploring streams, mills and abandoned factories. In 2006 an unexpected fact made me shipwrecked in the beauty of the Aegean islands and ancient Greek. Since that day I live “today” without ever forgetting “yesterday”, because I can plan the future only in this way. Mneme wa born from this journey into memory. 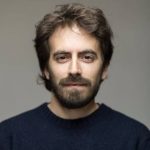 I’m a filmmaker for different radio-television formats (Rai, Sky Arte, Radio2) and companies that choose to tell their stories through images. I like to look at the world from behind a videocamera and my “work tool” has often led me to learn about stories of people and places that, otherwise, I could never have known. I think that to film the real life is always a journey of re-discovery. In Mneme I bring my visual perspective on the cultural heritage. 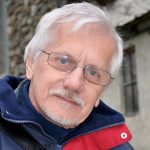 In 1976 I contributed to found the Società di Archeologia Industriale – Sezione Lombardia as a cultural organization. Since then I have never ceased to add value, even in Europe, to the story of the civilization through many projects on tangible and intangible heritage and landscape. In specific, but not only, on the inland waterways in Milan and Lombardy. This is the kind of memory I’ve always tried to make the community know. A memory of everyday events, gestures and rituals to be preserved and pass to future generations.